friends only, but all are welcome! feel free to drop me a comment here if you want to add me. it's nice when we have something in common or have mutual friends, so just let me know whatever it is that brought you around here. comments are sc-sc-screened. 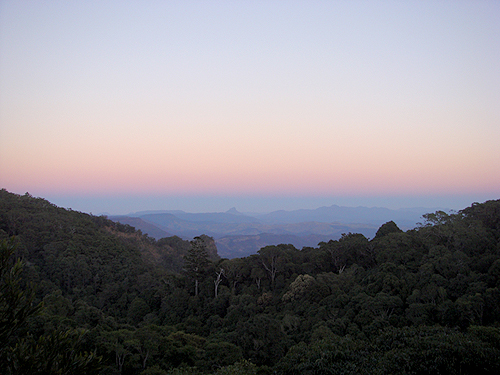 At dawn, 28-06-11.
I'm back from my brief holiday of four nights to O'Reilly's, a really pretty mountain place. As if I hadn't been to enough mountains already this year, teehee. It was sort of a joint birthday thing, because my Mum's birthday is the 28th and mine is the 30th.

These photos are all from the balcony of the villa we stayed in. I honestly think we had one of the best views of all the places.

Anyway, that is all, really. I'm planning on going and chilling with my Mum and sister tomorrow for my birthday, and then my brother is meeting us after uni and we're going to see Transformers. I didn't really like the second movie, but it always looks awesome so it's worth seeing at the cinema anyway. Daddy has to work late night, so he can't join :( I have my fingers tightly crossed that my sister doesn't ruin the day, uh. Mm.

I am not on LJ enough (ever) anymore. I apologise, but it just always slips my mind :I I still love you all, I promise ♥ 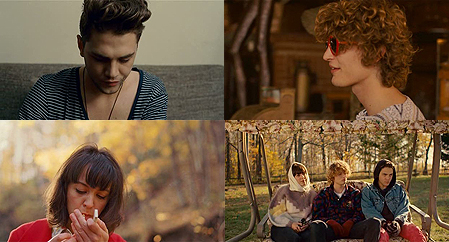 Heartbeats, 2010
So, bare with while I dfgdlk over this movie (IMDb). It's a Canadian film (in French) directed by Xavier Dolan who is like, 21, which is insane, and he also stars in it. I watched another of his films, I Killed My Mother, back last year sometime, and it was equally fascinating, though that was more to do with the characters.

But this? This is one of the most aesthetically beautiful things I've ever watched. His sense of colour and composition is absolutely stunning and even though I'm sure most people couldn't sit through it because it really is very slow (hi, arthouse cinema), I could have sat there for hours just to look at it. The actors are also gorgeous (Xavier Dolan is such a cutie, omg), and it just makes it that much better. He has these shots from behind characters that are just so pretty, and that sounds weird, but seriously.